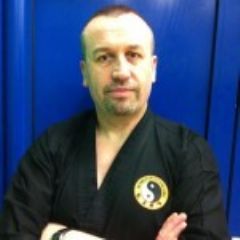 After 39 years of training and searching for the best in martial arts I have finally found it in Sifu Adam Mizner. I’d like to think I’ve not wasted nearly four decades of my life. As during those years I’ve trained in nearly every main stream system there is, in classes stretching from the USA and Europe to Hong Kong. So I think this allows me to recognize a true Master when I see one. And none come close to Adam Mizner.

His program is the most professional, simple and honest I’ve ever seen. Being an ex-police officer I’m very sceptical by nature. But this is a BS free, fighting system par excellence.

Since my first Tai Chi lesson 20 year ago I always thought that if Yang Cheng-Fu were alive today I’d move heaven and earth to train with him. So given that Adam Mizner is here today why would anybody waste their time and money elsewhere?

The unique selling point of this program is Sifu Mizner himself. Beyond his amazing ability, it’s his integrity that hits you. I’ve met him and felt his power. But it’s the integrity in his heart that reassures me he’s a Master I can trust. So waste no time and move heaven and earth. Respect.

If you need any more information about Heaven Man Earth activities...
Do not hesitate to contact us.